Belatedly, I must congratulate long-time Arcatiste Duncan Fallowell on winning the PEN/Ackerley Prize for Memoir (2012) for his dazzling How to Disappear: A Memoir for Misfits. Madame Arcati was of course the first to review this title - a critique which arose from my readerly self-lubrication.

Duncan won against stiff competition - Brian Sewell may have been regarded as the favourite. Fortunately, the judges yielded to exquisite temptation and let loose the feral spirit that abhors genre, genre and genre. How to Disappear is hard to categorise: memoir of a sort, a travel book to some extent, a tour of forgotten weirdos, among whom Evelyn Waugh's ex-boyfriend (RIP). It is a work of wisdom (ie accumulated tricks) and of restrained debauchery - and of marathon detective work. It features a peculiar paranormal happening - conceivably.

Ditto Press must also be congratulated for producing a book that looks like it wants to be treasured and appreciated as art in its own right.

The PEN/Ackerley is Britain's only literary prize dedicated to memoir and autobiography. A number of reputable publishers rejected the book before new indy house Ditto took it on. Youth may not assure us a virile publishing future unafraid of literature, but it helps. As DF said in his acceptance speech, of a rejecting publisher who wondered when Duncan would write his 'big' book: 'All my books are big. it's the publishers that got small.' 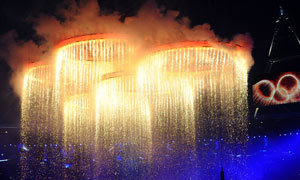 While this blog is not updating at present, I shall be posting occasional pieces of specialist interest.


The 2012 Olympics commenced at … ah, we have a problem. HM The Queen declared the Games open at 12:18am on July 28, 2012. But the Olympic Cauldron was lit at 12:35am. The starting moment is crucial to an accurate horoscope; fortunately, both times produce very similar charts in this particular instance. So, let’s go with 12:18am given it's the time of the Queen's command. I have used the Equal House system.
This gives us a chart ruler of Venus with Taurus rising; and Venus itself is in the 1st house – very well aspected, trining Mars and Saturn, underscoring an essential harmony to the intense rivalry at the heart of the Games. Venus also rules the Olympics’ 5th House in which Mars is located, and H6 via Saturn, under Libra.
Intense physical energy, as you'd expect
This is a wildly stimulating and dynamic chart as might be expected of a global sports event involving over 200 nations: the cardinal t-square (Mars-Uranus H5-11opposition, square Pluto H8) locates physical dynamism in the theatrical house (H5) – plainly a part-description of Danny Boyle’s spectacular celebration of British history and culture. H5 is also the sector we associate with competitive sport, amusements and children: it was interesting that Boyle made kids central to his show, with Harry Potter author JK Rowling introducing us to famous villains of children’s literature.
Uranus is strongly placed in H11 – the house it is associated with through Aquarius – pointing to the idealistic, innovative and impersonal nature of the competition: in Aries (ruled by Mars), this idealism has an intense physical expression, magnified by Mars’ opposition in Libra: what might seem a physically dangerous aspect is contained by high ideals and a commitment to right relations so it is likely that Mars-Uranus here encapsulates the requisite and intense athleticism and international competition.
Other astrologers have perceived real terrorist threat in the Mars/Uranus opposition.
Other astrologers have also made much of Pluto, now strongly placed in its traditional H8, which is at the apex of the Mars-Uranus t-square: a reminder that immense financial power dictates the Games beyond sports considerations. Pluto also plays a part in at least two yods: (1) Sun/Mercury sextile Jupiter H1 inconjunct Pluto and (2) Pluto sextile Neptune/Chiron H10 inconjunct Sun/Mercury. The yod is a complex and awkward aspect, to be expected in a chart for such a complicated event as the Olympics.
Jupiter possibly takes the sting out of the Mars/Uranus opposition: sextile Uranus, trine Mars, Jupiter in Gemini bestows an expansive, upbeat and positive energy from the UK's house of its people, H1. No matter what financial problems indicated below, these Games are likely to be hugely profitable to the UK.
Financial row and raised injuries risk possible
The first yod, with Pluto conjunct accident-prone, practical fixed star Facies, describes the courageous physical manifestation of energy but warns of injuries – perhaps many more than usual. That's if we are to take note of Facies.
Because Pluto – associated with big money and business - is at the wrong end of the yod, there could be problems over financing of the event or some other cash-related headache or scandal: Pluto square Uranus could hint at the expensive pioneering features of this Olympics.
The second yod possibly involves the media (Mercury strong in its traditional H3 but retrograde) in some kind of disruption or controversy linked to finance. Mercury is also opposed by Pars Fortuna in H9 Aquarius – this repeats the possibility of a media role in challenging some financial aspect of the Games. An alternative possibility is that Mercury (planet of short journeys) here warns of travel disruption (currently as I write not in evidence). With Sun so close to Mercury this could impact unfavourably on the national identity.
Also worth noting is Sun/Mercury conjunct unpleasant fixed star Praesaepe – associated with, among other things, serious accidents. So the theme of injuries through accidents is repeated. My jury is still out on the reliability of fixed stars, incidentally.
Political differences over Olympics and self-image
Neptune in Pisces – here representing national aspiration, the nation’s spirituality or higher values and imaginative construct of nationhood – is located in H10, the house of public status in the eyes of the world: the very human face of Boyle’s show, with its emphasis on the NHS and music, fits perfectly this position.
Whether the presented national image is true or accords universally with all perspectives is another matter (Neptune inconjunct Mercury): again, critical voices may be expected, particularly in the media.
Saturn in the 6th square MC but trine Venus describes the administrative rigour applied to the event and its very testing nature. Three trines between Sun/Mercury both to Uranus, Moon (on descendant) and North Node (in H7) however suggest a successful presentation overall.
UK Chart: Medals? A dangerous time?
In the UK’s 1801 ‘birth’ chart (not shown as a graphic here), Neptune is transiting the 5th House – not a position I would associate with an outstanding number of medals wins for the UK – perhaps water-related sports are best favoured. Neptune is also conjunct birth Pluto opposite Saturn H11: the UK may beat itself up a bit over the Olympics and could feel its own limitations amid other nations.
The Olympics could also become something of a political hot potato as Uranus (right-wing) is inconjunct Neptune (left-wing): perhaps there is discord over what it means to be British along party political lines. The international dimension to this row is suggested by transiting Uranus on Descendant (other nations).
Tr Mars conjunct troublesome fixed star Algorab repeats the warning of accidents/injuries – the massed ranks of soldiers assigned to guard the Games is very wise in what could be a highly dangerous phase.
Nonetheless, tr Sun/Mercury in H10 suggests much national prestige arising from the Games.

The Oxford Astrologer website has a fascinating analysis of the Olympics - click here
Posted by Madame Arcati at 2:25 pm No comments: 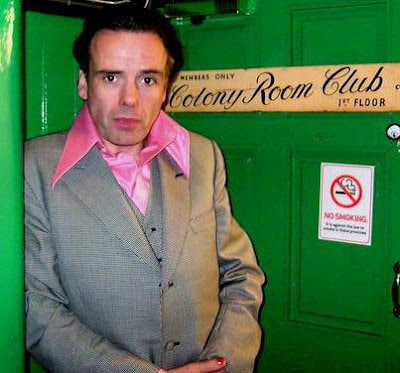